The Hijab Wearer as an Outlaw: a need for coherence in the two European Supranational Courts 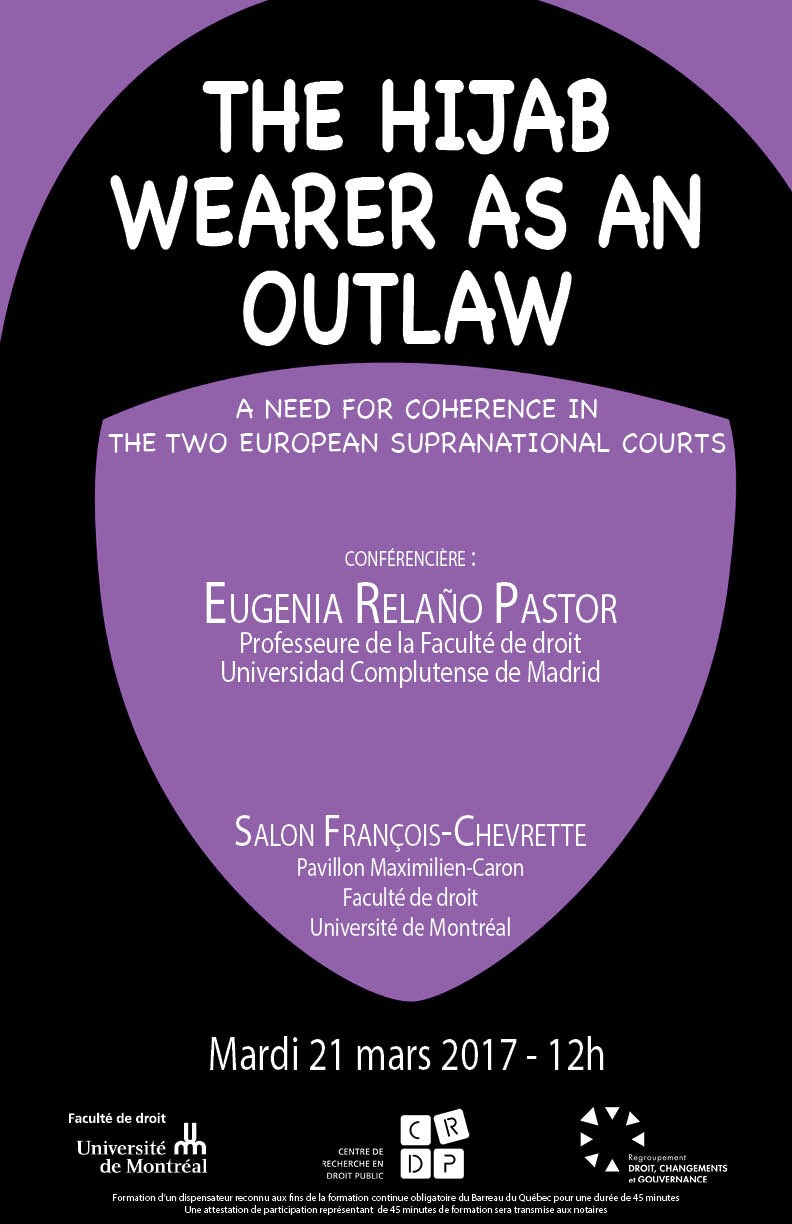 She was member of the Advisory Panel of Experts on Freedom of Religion and Belief, ODIHR-OSCE (2005-2012). Currently she is the Spanish representative member of the Legal Working Group (LWG) of the European Group of National Human Rights Institutions (Council of Europe). Her research expertise comprises International Religious Freedom, Comparative Law, Equality, Religious Minorities, National Minorities, Xenophobia, Multiculturalism and Immigration.

Muslim women who wear a headscarf have gradually become outlaws in Europe to the extent that the headscarf itself has been “de-normalized” and automatically problematized in different societal contexts. Claims of discrimination on the basis of wearing religious garments have been only partially successful in courts. As result, politicians and government actors aligned with judicial bodies on headscarf bans and have influenced on dominant public opinion who has found it legitimated to shun headscarf-wearing women. This consideration cannot be seen outside of the context of the rise of Islamophobia for last years in Western Europe.

In a climate of headscarf rejection, the first two religious discrimination cases concerning the dismissal of employees by private employers on account of their headscarves are pending before the Court of Justice of the European Union (CJEU) in Luxembourg. Both cases (Samira Achbita case and Asma Bougnaoui case) are the result of requests for preliminary rulings about the interpretation of the Anti-Discrimination Directive 2000/78/EC, which prohibits direct and indirect discrimination in the sphere of employment on grounds of religion or belief. The respective Advocate General (AG) for each case has recently delivered an opinion but the opinions are substantially contradictory. Therefore the Luxemburg Court is now confronted with two opposing approaches: one could lead to turn headscarf women into outlaws and the other may halt the persecution of Muslim women on account of their dress. Whatever direction the CJEU would take, it may take into consideration the European Court of Human Rights (ECtHR)´s jurisprudence on wearing religious garments. Although the ECtHR has dealt with a good number of cases that concern bans on religious dress, unfortunately, in the very large majority of cases, the Court has held that a ban was within the state’s margin of appreciation. In spite of this dominant trend, the Strasbourg Court found that there was a violation of applicant´s religious freedom in the only case on wearing a religious symbol at workplace that reached the ECtHR.

This presentation will analyze a possible convergence or divergence of the standards of both European Supranational Courts on the issue of religious symbol at workplace. By analyzing the legal reasoning of the Advocate General´s Opinion in Samira Achbita case and in Strasbourg´s case law, it will be noted how some important concepts such as “religion”, “identity”, “secularism”, “religious practice” and “secularity” have been distorted and misunderstood. Whatever direction the Luxembourg Court takes in the upcoming rulings, the decision could fundamentally shape the law barring discrimination on grounds of religion at workplace.